This webinar will break down SASI’s analysis on the impact and misalignment of CDC prevention funding, with a community perspective about the impact of CDC’s funding decisions upon hard-hit areas of the South.  Webinar attendees will learn about concrete action steps that you can take to make your views known to the CDC and demand they restore critical funding to CBOs in the South.

AIDSWatch is the nation’s largest annual constituent-based national HIV/AIDS advocacy event, bringing together hundreds of people living with HIV and their allies to meet with Members of Congress and to educate them about the important issues at stake for people living with HIV/AIDS in the United States. AIDSWatch 2016 will take place February 29 – March 1, 2016 in Washington D.C.

SASI/SAC meeting: HIV in the US South

SASI at the US Conference on AIDS

Affinity Session: Women Living with HIV in the Deep South

(SASI and the Southern AIDS Coalition)

Our Affinity Session, Women Living with HIV in the Deep South, will be held in the Community Village, Washington Convention Center, 801 Mt. Vernon Place. Speakers will look behind the statistics related to the HIV epidemic among women in the Deep South to look at factors that lead to the heavy HIV burden among women and will lead an audience discussion of possible solutions.  Speakers include Carolyn McAllaster (Southern HIV/AIDS Strategy Initiative), Sharon Decuir (HAART, Inc. in Baton Rouge), Cynthia Rodgers (The Family Clinic, University of Alabama at Birmingham), Kathie Hiers (AIDS Alabama), and Nic Carlisle (Southern AIDS Coalition).

The Ryan White HIV/AIDS Program needs to be continued and funded, and absent of reauthorization, the Program must adapt to the changing health care landscape within the current law.  The FY2016 appropriations process relative to the Ryan White HIV/AIDS Program will be discussed, along with ways in which the Program can adapt under current law.  Strategies to distribute funding to areas with unmet need, including supplemental funding, and provide care and treatment to people with HIV who are co-infected with hepatitis will be examined.

October 23-24, 2014: 2o14 CAPUS Summit in Atlanta, GA.  The Southern AIDS Coalition, the Southern HIV/AIDS Strategy Initiative, and the National Allliance of State and Territorial AIDS Directors are co-sponsoring this Summit.  State and CBO representatives from six Southern CAPUS states will gather to share best practices learned and challenges involved in the Care and Prevention in the United States (CAPUS) Demonstration Projects. Federal CAPUS Partners will talk about lessons learned from the multi-agency partnership.  The Summit will finally address sustainability of the CAPUS-funded initiatives and opportunities for advocacy.

September 19-21:  Positive Living 2014 , also in Ft. Walton Beach, FL. We are all aware of the tough struggles the HIV/AIDS community faces in today’s landscape. It is more important than ever that we all find our voice and speak up for the things we critically need to sustain a healthy lifestyle.  Please commit to join the fight this weekend if you haven’t already.  The more voices speaking out, the better chance of being heard. Register here: http://aidsoasis.org/events/positive-living-2014/ 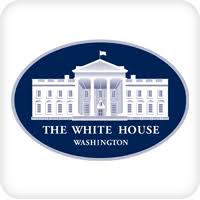 White Meeting on HIV in the Southern United States: On June 18, 2014, the White House Office of National AIDS Policy, under the leadership of new Director, Douglas M. Brooks, MSW, held its first ever meeting focused on HIV in the Southern United States.  Southerners living with HIV, their advocacy partners, and representatives from several federal agencies gathered at the White House Executive Office Building to hear about the regional challenges the South faces in its fight against HIV and to ask questions.  Douglas Brooks, who is living with HIV himself and who grew up in Georgia, kicked off the meeting by letting participants know that one of his top priorities  is assuring that resources follow the epidemic. Full account of meeting here and agenda below.

SASI at the White House Meeting

SASI members from 10 deep south states attended AIDS Watch and visited their Congressional Representatives to discuss the importance of Ryan White funding, the need to modernize the Housing Opportunities for People with AIDS (HOPWA) funding formula, and the need to lift the ban on federal funding for syringe exchange programs.

This free  webinar is designed for case managers, peer navigators, planning council members and anyone else working on the front lines of the HIV epidemic, working in the states where Medicaid is not expanding.

During this 90-minute webinar policy experts from the Southern HIV/AIDS Strategy Initiative and the Harvard Law School Center for Health Law and Policy Innovation will cover several topics, including:

February 25-26, 2013, AIDS Watch, Washington, D.C.: This two-day event, hosted by AIDS United, the National Association of People with AIDS (NAPWA), and the Treatment Access Expansion Project (TAEP), includes a training to prepare attendees for visits with their Members of Congress, the Positive Leadership Award Reception, and meetings with Congressional offices. This year’s AIDS Watch priorities include:

By May 18, 2012: SASI encouraged advocates and supporters to urge their Congressional leaders to Support Enhanced Responses to HIV/AIDS for Women and Southern US States.

January 12, 2012:  SASI releases Research Report on the HIV Epidemic in The South and Calls for Immediate and Increased Federal HIV/AIDS Resources to the South.

November 10-13, 2011: SASI coalition members circulated our petition at the U.S. Conference on AIDS in Chicago.

October 25, 2011:  Over 100 members of SASI coalition partner, Louisiana AIDS Advocacy Network, attended the Office of National AIDS Policy community meeting in Baton Rouge to ask whether next steps in the implementation of the National HIV/AIDS Strategy will be focused on communities with needs typical of those in the Southeastern United States.

September 27, 2011: Thanks to the leadership of SASI coalition partner, AIDS Alabama, there were more people lined up to ask questions about next steps in the implementation of the National HIS/AIDS Strategy at the Office of National AIDS Policy forum than could be accommodated.